I just returned from a 2 1/2 day silent retreat hosted by Yoga on High at the Jesuit Spiritual Center in Milford, OH. It was such a rejuvenating experience.

It was my first silent retreat, so I wasn’t sure what to expect. I knew I would be doing yoga and meditation, which I was excited about.  As an INFJ personality, I really crave alone time, which once I thought about it, I don’t really get unless I am out on a run or in a yoga practice. I was looking forward to the solitude, but wasn’t sure how it would feel to truly be silent. My kids and I did have a little argument Friday afternoon before I left, which left me feeling a bit uneasy going into the weekend. However, I do believe everything happens as it should, so I knew that the quarrel brought out some feelings I was meant to deal with over the retreat.

Once these guidelines were established on friday evening we were given a contemplation and expected to remain silent after that. They defined our silence as no note passing, no eye contact, no smiling at one another, and obviously, no talking. I still felt the echoes of the argument with my kids on friday and reflected on that quite sometime the first night.

We were woke on saturday with chanting at 5:30a. It was a lovely way to awake. We started off with medication, pranayama, and an asana class. Breakfast followed and then we had free time. I decided to go on a 5 mile run. It was interesting to me that normally I feel like journaling and writing, but while I was silent- I didn’t feel like writing at all. I listened to what my body wanted to do and followed my intuition. When I returned we had lunch followed by another pranayama and meditation practice. This meditation was a walking meditation. Those who wanted to walk the onsite labyrinth could and the others did a walking meditation by themselves.  It was interesting during the group walk of the labyrinth. At one point, it was so crowded I thought to myself, am I going the right way? At that moment I realized how often we do that in life. We look at someone’s else’s journey and get confused about our own.

After the afternoon meditation and yoga nidra, we then finished with dinner and another evening program. I

Everything we were doing throughout the weekend was meant to be a meditation…eating, going to the restroom, walking, etc. Being silent allowed us to go within and stay in the present moment.

Sunday morning, we were again woke with chanting at 5:30a. We did another pranayama and meditation practice followed by an asana practice. We then had breakfast with a break of about an hour. We then did karma yoga. I had a choice of working inside cleaning or out. I chose to work in the landscaping pulling weeds. Whenever I pull weeds at my home, I think of the weeds of stale or energy that’s not useful to me and think pulling that out of my energy field. When I did the karma yoga practice there, I did the same meditation. We had a short break after and then met for the final ceremony to share what we learned and a final contemplation. After, we were able to speak and share over lunch.

It’s hard to put into words what the experience was like. While I was there, I realized that all my long runs had allowed me that time to be within and in a sense I had gone on “mini-silent retreats” for years.

What I learned about myself after being silent for 2 1/2 days:

I hope you enjoy reading about my silent retreat experience! I really could write a book about it…it’s rather hard to dwindle the experience down into a couple paragraphs.

Have you experienced a silent retreat before? I’d love to hear your stories below!

Please watch for my next post on “What to pack for a silent retreat”!

Until next time…Be the Change. 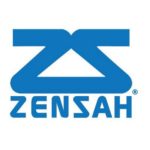 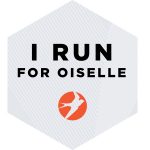 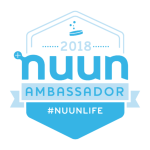 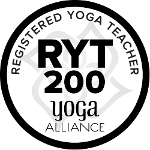